When she was two years old, Michelle Vasquez headed off to class at Briya together with her mother, Evelyn Lopez: Michelle to her early childhood class, and Evelyn to basic-level English class.

Fast forward twenty years, and Michelle is about to graduate from Trinity University, with a job offer already secured—and Evelyn credits Michelle’s drive for learning in large part to her formative years at Briya. 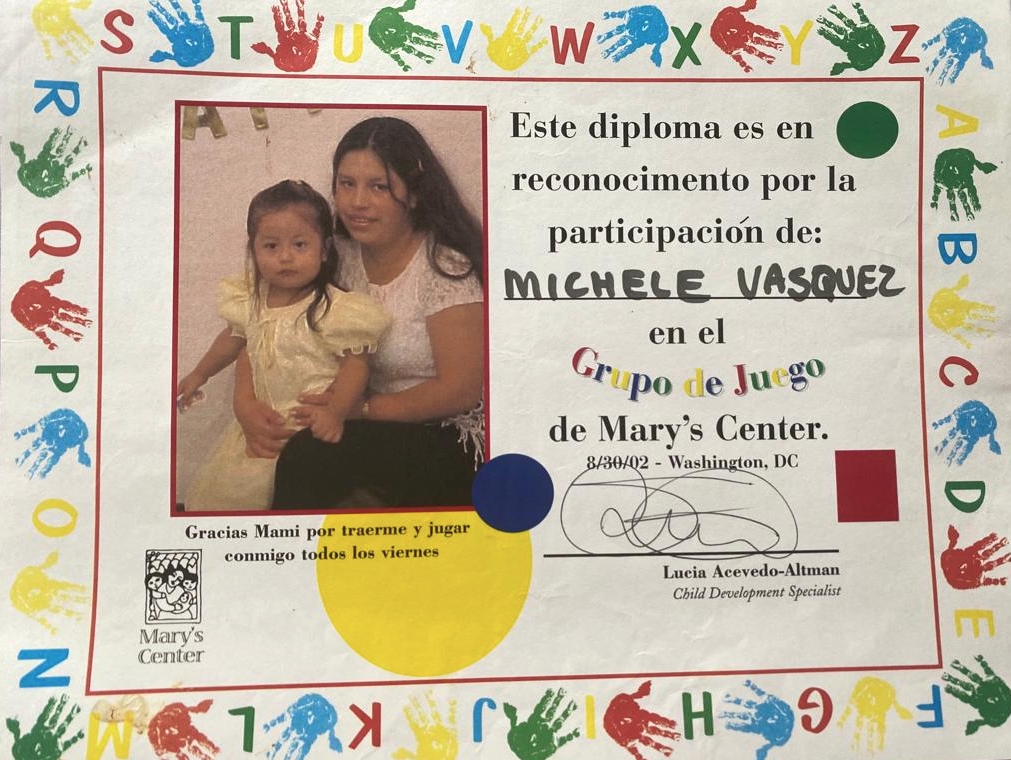 “I think [Michelle’s Briya experience] had quite an impact,” Evelyn said. “There she began to learn English; she began to pronounce the alphabet. And I saw she began to be motivated to read books and began to like writing.”

Michelle became the first in her family to attend college when she enrolled at Trinity. She is the president of the Student Government Council and was recently honored to be the featured student speaker at an event honoring the 50th anniversary of Pell Grants.

“The experiences one has as a child help shape the person we are right now,” Michelle said. “From what my mom tells me, I would enter [Briya] with a notebook and pen, ready to learn. My mom says that throughout the week I would always tell her I wanted to go see my teacher! At Briya, I learned to socialize with other children. I am certain Briya impacted my passion for studying and who I am today.”

Evelyn credits her own classes at Briya two decades ago with helping her learn to navigate a new country, communicate in daily life, and motivate her daughter with her studies. 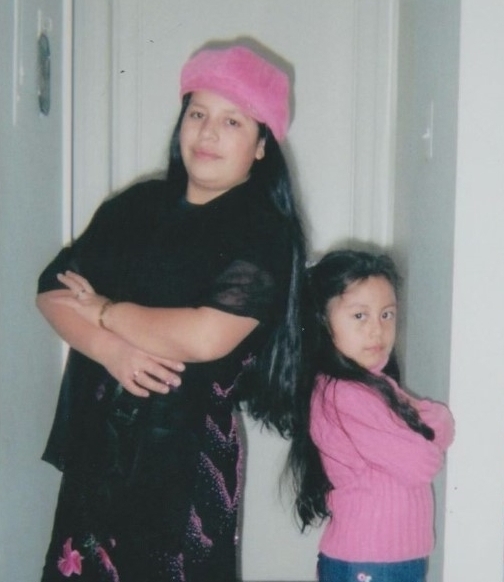 And in 2020, Evelyn returned to advanced English classes at Briya, with the goal of getting a better job or earning a credential to put her on the path to a career.

As for Michelle, she will graduate this spring with a major in political science and minors in business administration and data analytics. After graduation, Michelle will begin a full-time job at Accenture, a global consulting firm, and would eventually like to serve as an elected official.

“Long-term I’d like to run for office—whether it be Congress, or mayor, or council—because I’d like to influence policymaking,” she said, “specifically for communities that are underrepresented like the immigrant community.”